Nouvelles, rumeurs et astuces utiles Apple
Accueil How to Apple Watch watchOS 6: How to use the split bill and tip calculator features... 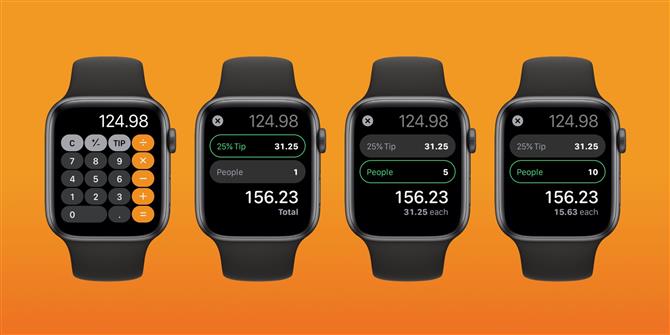 Apple Watch is gaining the built-in Calculator app from iOS with watchOS 6, and it comes with some handy new functionality. Read on for how to use the split bill and tip calculator features on Apple Watch.

Up until now, Apple Watch users have had to rely on third-party apps to get a calculator on their wearable (outside of using Siri to handle some arithmetic). Now, Apple’s first-party Calculator app comes to Apple Watch with watchOS 6, and it includes the useful tip and split bill features.

As well as using these features together, you can use them independently by choosing a 0% tip, then selecting how many people to split the bill with, or selecting your tip and leaving the People field set to “1.”

Note: watchOS 6 is currently only available as a developer beta with the public version launching in the fall.

watchOS 6: How to use the split bill and tip calculator feature on Apple Watch

Here’s how the process looks:

After entering your total bill in the Calculator app, press the TIP button. By default the Tip field will be highlighted green, raise or lower it with the Digital Crown.

If you want to split the bill with others, tap the People field to adjust it with the Digital Crown. There is a limit of 50 people for bill splitting. 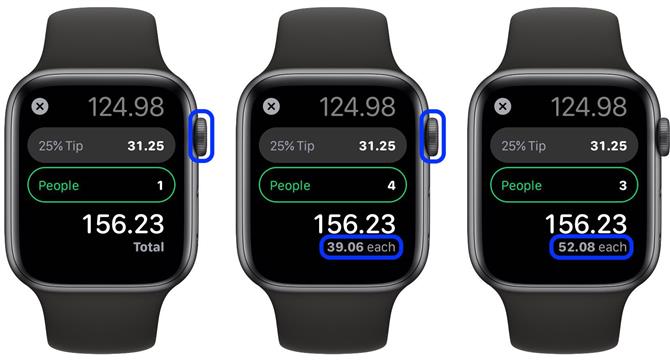 If you want to switch the Tip button with % on your Apple Watch calculator app, firm press on the main screen as shown below and tap %. 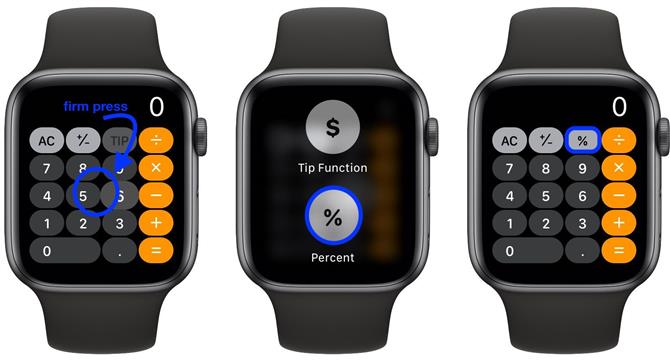